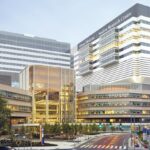 “Previous studies demonstrated that SCARB1 and cholesterol were both part of the story of ccRCC, but our work here shows a causal role,” lead study author M. Celeste Simon, PhD, Arthur H. Rubenstein, MBBCh, professor in the department of Cell and Developmental Biology, Perelman School of Medicine, and scientific director of the Abramson Family Cancer Research Institute, stated in press release. “My colleagues and I hope these investigations at the bench can translate to new and successful SCARB1 inhibitors and treatments for people facing this aggressive cancer.”

“That difference between cancer cells and regular kidney cells is important because it suggests that kidney cells can create cholesterol they need if cholesterol, available in the body, is restricted,” Simon stated in the press release.

Following their initial discovery, the investigators found that ccRCC tumors have a higher number of SCARB1, which are receptors for the cellular import of cholesterol. Building on this discovery, Simon et al examined the impact of knocking out SCARB1 in both vitro and in vivo mouse models. The researchers also assessed the effect of blocking SCARB1 with the molecule BLT-1.

These analyses revealed that without properly functioning SCARB1, the ccRCC tumor cells were unable to survive.

Although they consider their research to be highly promising, Simon et al maintain that additional studies now need to be conducted to examine the efficacy and safety of using SCARB1 inhibitors, such the investigational agent ITX-5061, in patients with ccRCC.

You can read the full story on Urologytimes.com here

Open Letter to Secretary of State

We would like to invite you to be kept up to date with news from the
charity by signing up to our newsletter. Please enter you email address below.